House of Hope’s Sunday Series invites well-known speakers to discuss key issues of our day and artists to share their artistic engagement with life and faith. 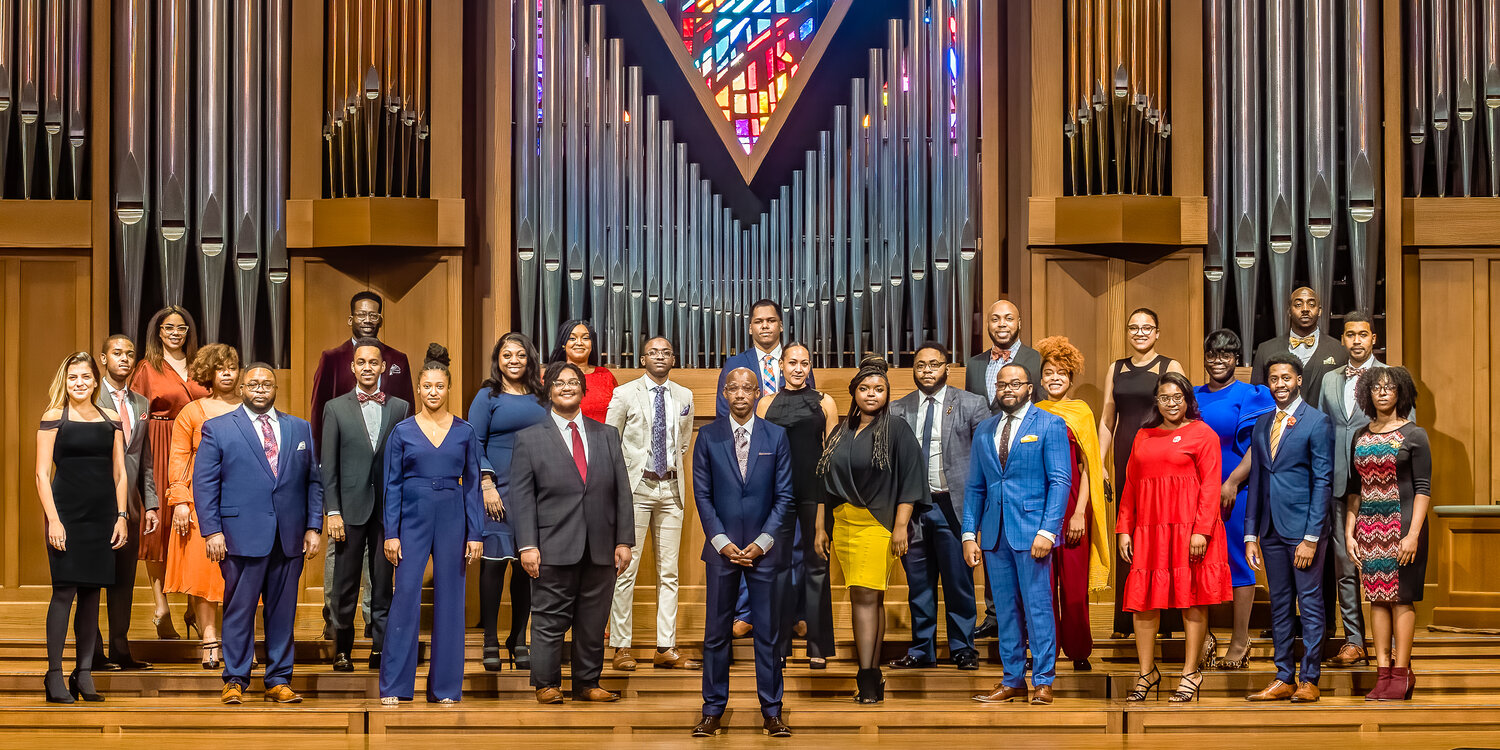 The House of Hope Presbyterian Church’s Sunday Series and The Singers – Minnesota Choral Artists proudly welcome The Jason Max Ferdinand Singers to the Twin Cities! The two ensembles will share an evening of meaningful music and combine their voices together in song! Founded in 2021, the Jason Max Ferdinand Singers is an ensemble of extraordinary talent and a rising star among professional choral groups. Founded in 2004, The Singers organization is dedicated to giving world-class performances of the finest choral literature.
A limited number of complimentary tickets will be available in the office for the HOH congregation in advance of the concert (one per person). Please note: complimentary HOH congregant tickets will not be available the evening of the event. Additional tickets available at singersmca.org are $25, and all pre-ordered purchased tickets will be available at Will Call. 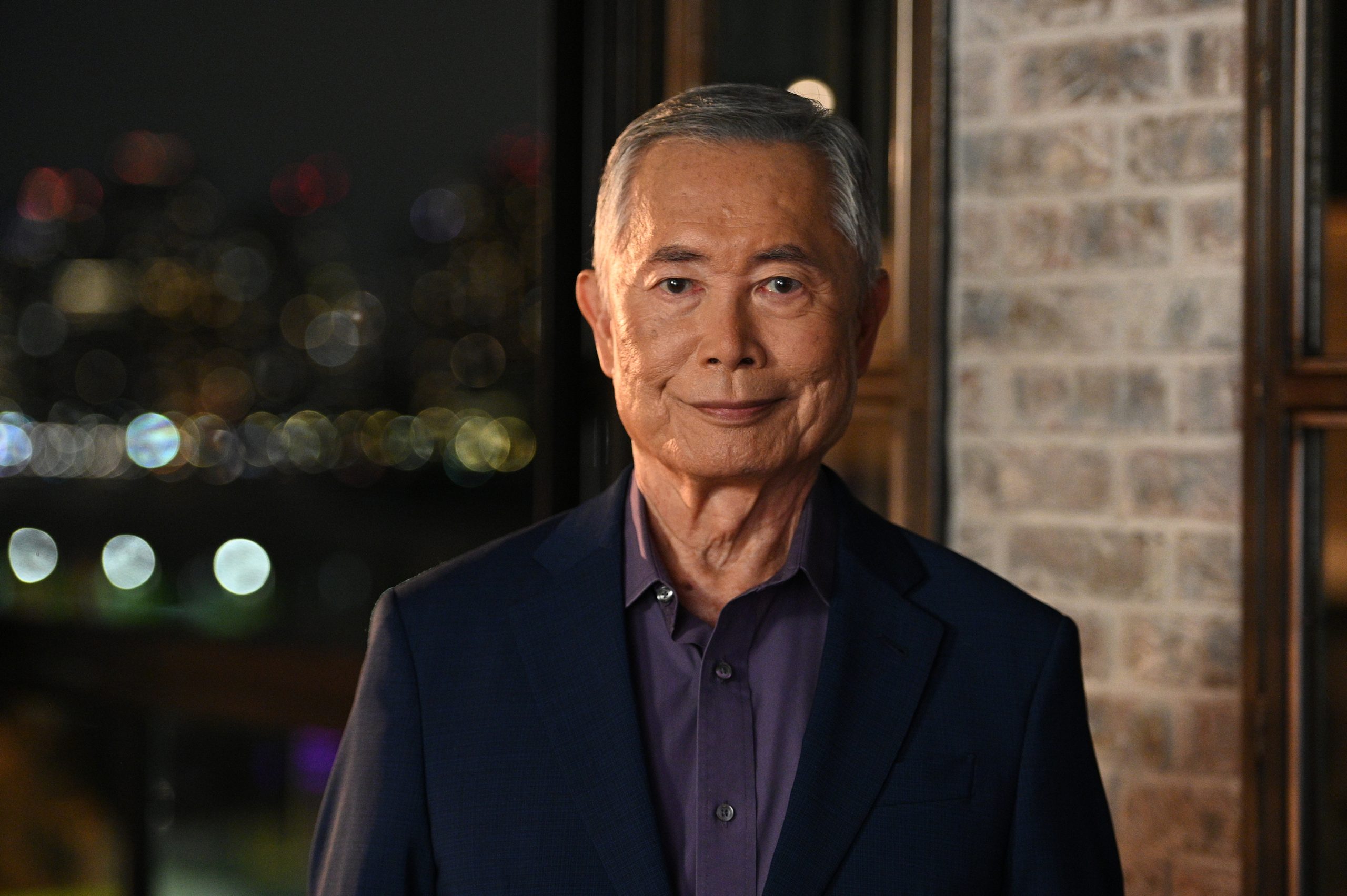 George Takei is a social justice activist, social media superstar, Grammy-nominated recording artist, New York Times bestselling author, and pioneering actor. He has appeared in more than 40 feature films and hundreds of television roles, most famously as Hikaru Sulu in Star Trek.
With an uncanny eloquence and signature wit, Takei shares the story of his family’s forced internment as Japanese Americans during WWII—a seemingly forgotten part of American history. He also takes audiences through his rise to celebrity as a sci-fi icon, his remarkable journey as social media mega-power, and his passionate fight for LGBTQ+ rights and marriage equality in America empowering others to beat the odds and make a difference. 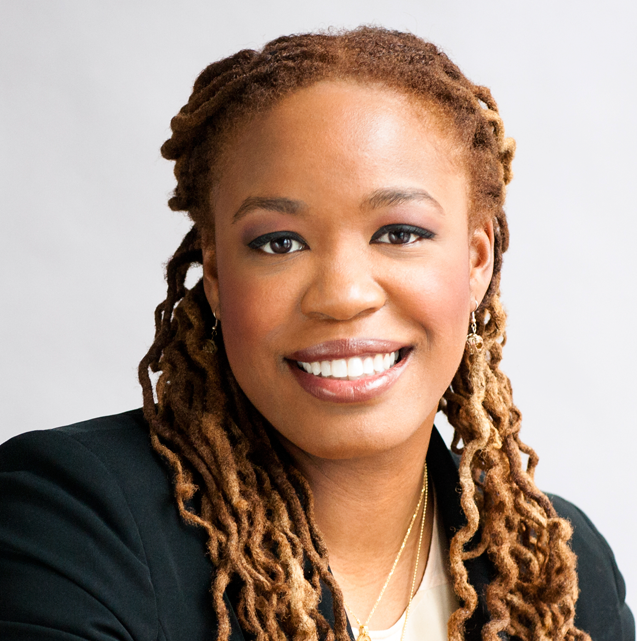 Heather McGhee designs and promotes solutions to inequality in America. Over her career in public policy, Heather has crafted legislation, testified before Congress and helped shape presidential campaign platforms. Her book The Sum of Us: What Racism Costs Everyone and How We Can Prosper Together spent 10 weeks on the New York Times bestseller list and was longlisted for the National Book Award and Carnegie Medal for Excellence in Nonfiction. The New York Times called it, “The book that should change how progressives talk about race.” and the Chicago Tribune said, “Required reading to move the country forward…”.

An influential voice in the media and a former NBC contributor, McGhee regularly appears on NBC’s Meet the Press and MSNBC’s Morning Joe, Deadline White House and All In. Her 2020 TED talk is entitled “Racism Has a Cost for Everyone”. She has shared her opinions, writing and research in numerous outlets, including the Washington Post, New York Times, Wall Street Journal, USA Today, Politico, and National Public Radio. She holds a B.A. in American Studies from Yale University and a J.D. from the University of California at Berkeley School of Law,. McGhee is the chair of the board of Color Of Change, the nation’s largest online racial justice organization. 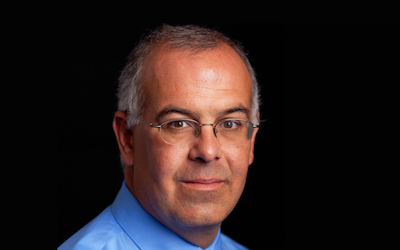 David Brooks has a gift for bringing audiences face to face with the spirit of our times with humor, insight, and quiet passion. He is a keen observer of the American way of life and a savvy analyst of present-day politics and foreign affairs.

He holds several prestigious positions as a commentator: bi-weekly Op-Ed columnist for The New York Times and regular analyst on PBS NewsHour and NPR’s All Things Considered. Brook’s New York Times bestseller, The Road to Character, “explains why selflessness leads to greater success. He tells the story of ten great lives that illustrate how character is developed, and how we can all strive to build rich inner lives, marked by humility and moral depth. In a society that emphasizes success and external achievement, The Road to Character is a book about inner worth.” 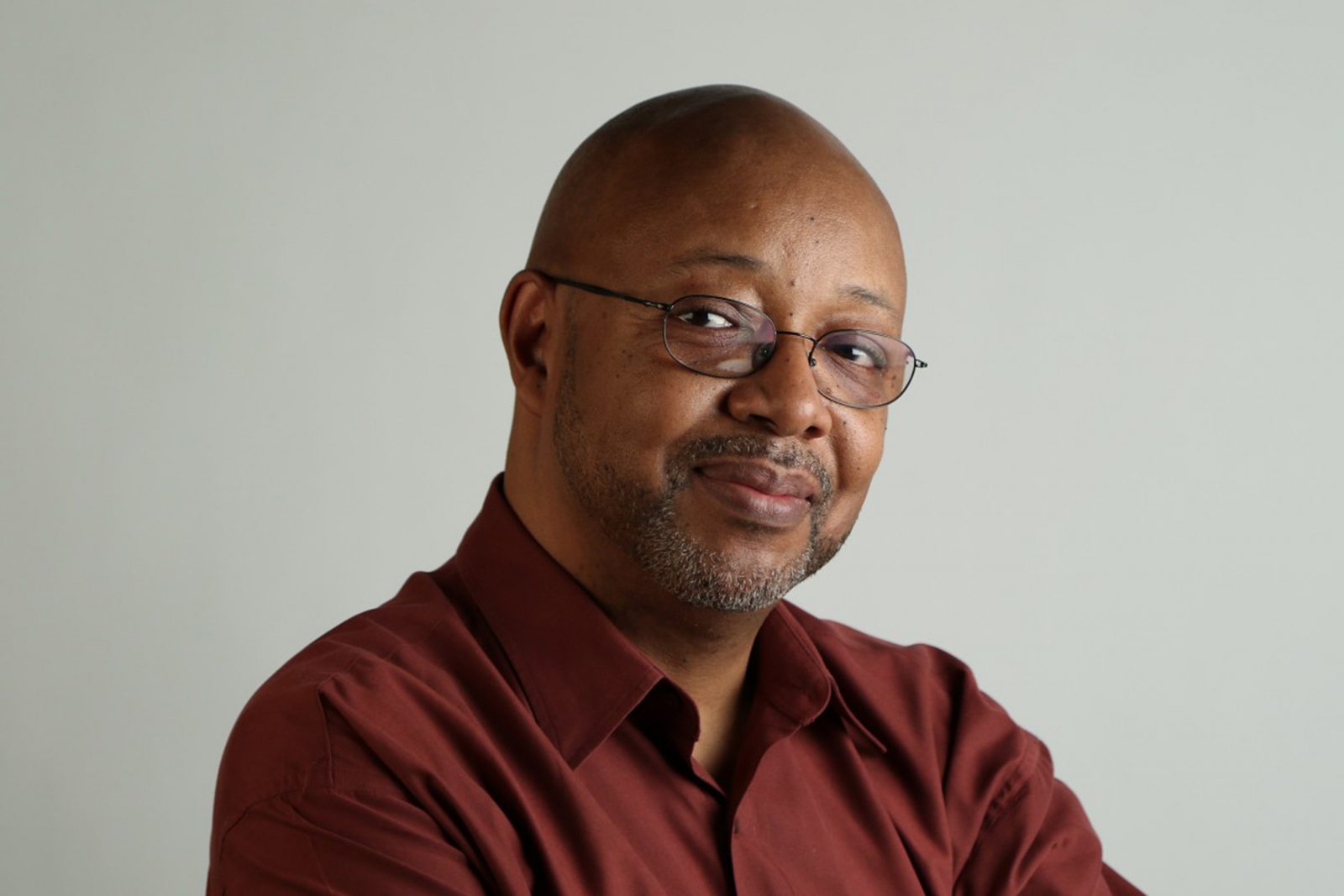 Pulitzer Prize winner and writer Leonard Pitts, Jr. is the author of the bestseller, Becoming Dad: Black Men and the Journey to Fatherhood, a poignant account of the meaning of black fatherhood in the contemporary United States. His Miami Herald column on current affairs and human rights is syndicated in more than 250 newspapers. He has also won awards from the Society of Professional Journalists, the National Association of Black Journalists, the American Association of Sunday and Feature Editors, and the Simon Wiesenthal Center, among others. 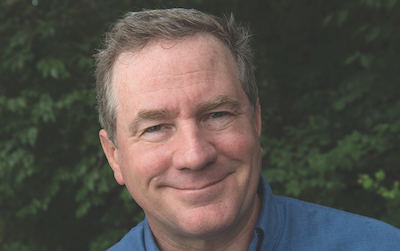 As part of our environmental awareness focus this spring, House of Hope is proud to welcome National Geographic’s Joel Sartore as our Sunday Series speaker.

Photographer, speaker, author, teacher, conservationist, National Geographic fellow, National Geographic magazine contributor, Joel launched the Photo Ark project 11 years ago in his hometown of Lincoln, NE. Since then, his passion for preservation and conservation has taken him—and his camera—to 40 countries in a quest to create the Photo Ark archive of global biodiversity. 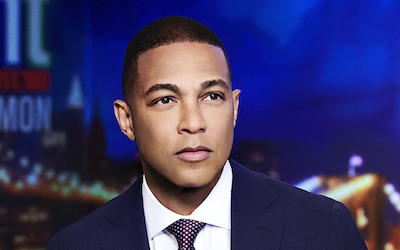 Don Lemon is a veteran TV journalist and trusted source of information from CNN, NBC, and MSNBC. Relatable and charismatic, Lemon’s award-winning work defies genre, candidly exposing injustice and the resiliency of the human spirit. A true product of the modern news age, Lemon discusses how he has embraced social media’s power to reach viewers. An inspiration to diverse audiences, he shares his hard-fought rise to primetime as one of the most prominent African-American and gay men in TV news today. 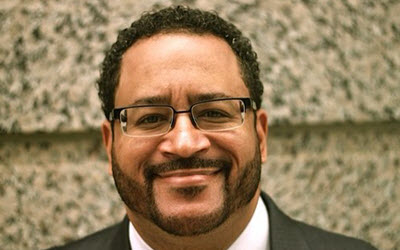 Dr. Michael Eric Dyson-an American Book Award recipient and two-time NAACP Image Award winner-is one of the nation’s most influential and renowned public intellectuals. He has been named one of the 150 most powerful African Americans by Ebony magazine.

Most recently, he’s published Tears We Cannot Stop: A Sermon to White America. Named a bestseller by publications such as New York Times, Publisher’s Weekly, Los Angeles Times, Washington Post, and more, the book has been hailed as a profound and provocative analysis of modern-day race relations. Later this year, he will be releasing the book What Truth Sounds Like: Robert F. Kennedy, James Baldwin, and Our Unfinished Conversation About Race in America, which explores the history of the intersections between race and democracy. 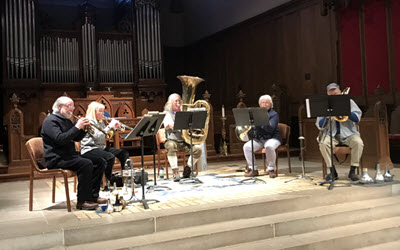 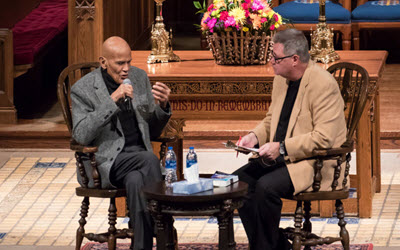 Legendary music artist and actor Harry Belafonte possesses unparalleled experience in the arena of world-wide social justice struggles. Through his friendship with the Rev. Dr. Martin Luther King, Jr., his work as a UNICEF Goodwill Ambassador, his role as celebrity ambassador for juvenile justice issues with the ACLU, Belafonte provides a vital perspective on some of the most pressing issues of our time-from the Black Lives Matter movement to U.S. foreign policy and humanitarianism in Africa. 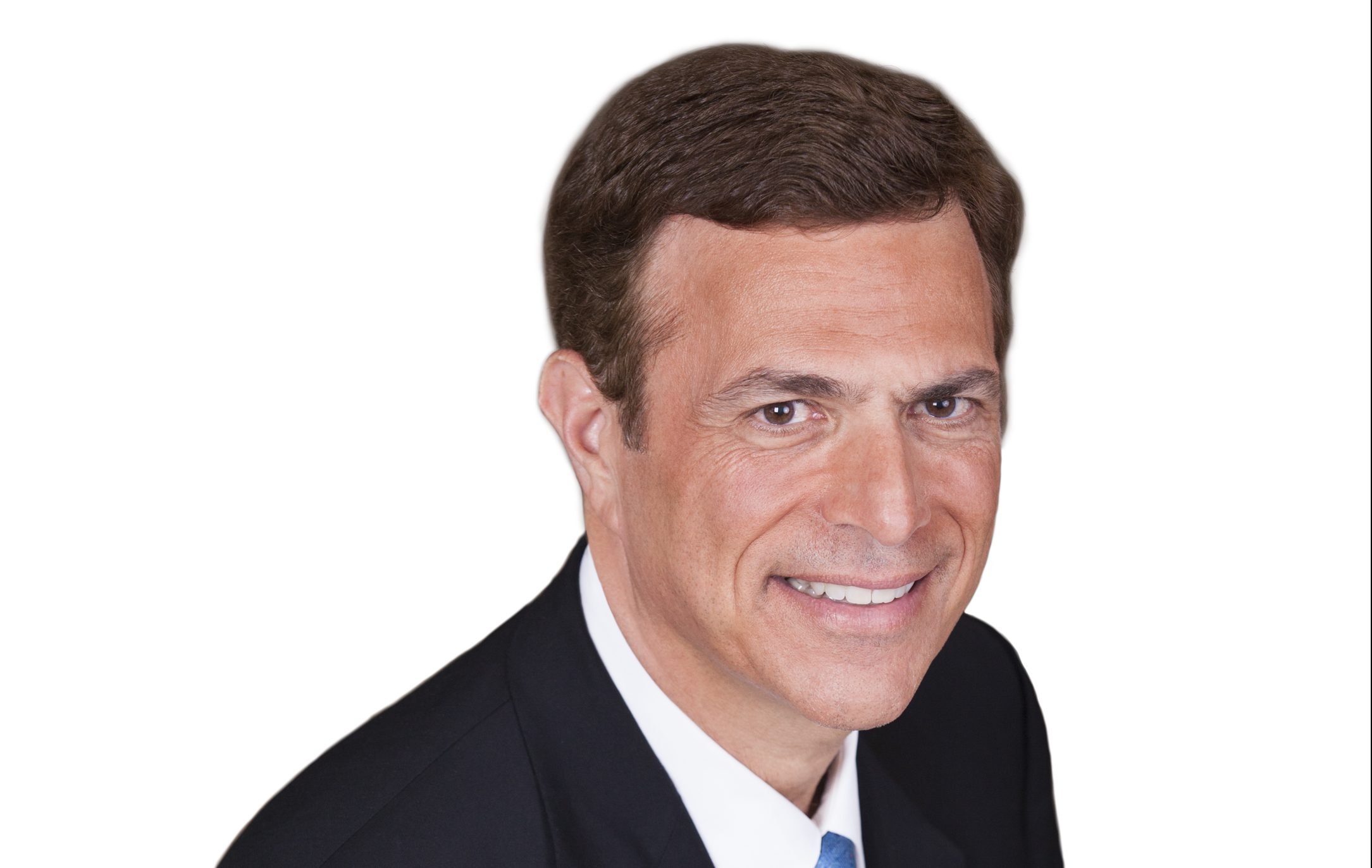 Award-winning presidential historian, NBC News and PBS NewsHour contributor, The New York Times columnist, and best-selling author, Michael Beschloss provided gripping tales and brilliant inside analysis, revealing the leadership secrets of great presidents and other towering figures in history. He shared original and unforgettable stories to illuminate the behind-the-scenes lives of American presidents and other titans, as well as describing the leadership skills essential to success.